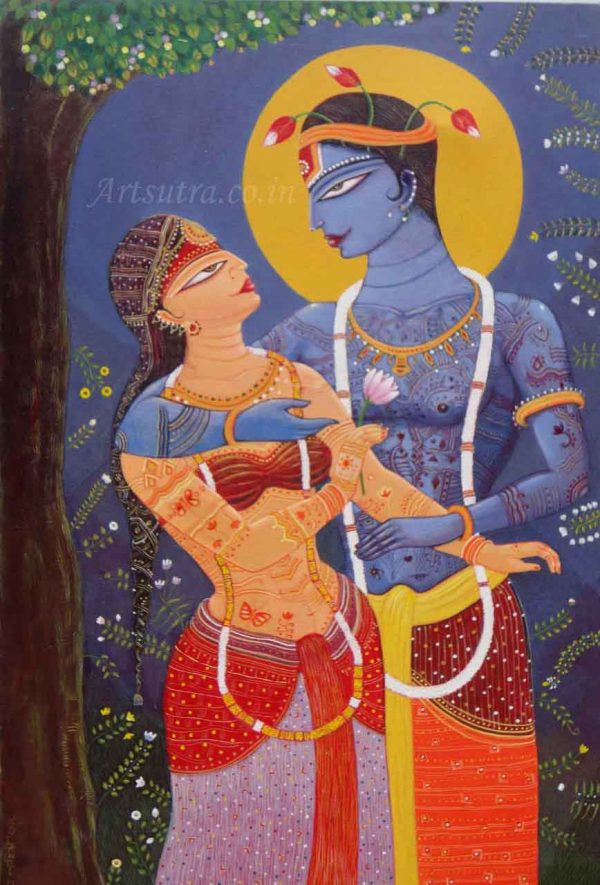 Report an abuse for product Radha-Kishan

Radha Krishan, the eternal couple of Indian Puranas. The Lovestory between supreme God and his Beloved.

The Hidden Civilization, an online group show organized by indianartcollectors.com, 2012.

‘A Confluence of Art’ Organized by Ganges Eternal Art, Karnataka, at Chithrakala Parishath, 2007.

An exhibition organized by ‘Tribute to Durga’ in Angan Art gallery, Kolkata, 2007.

Annual Exhibition at College of Visual Arts in 1986.

The ancient civilizations worldwide, especially that of India, with their spectacular manifestations, create an enchantment in me. Besides that age-old Indian philosophy, history, religion, folk-culture, literature, and folk-art stir the very core of my mind. In every nook and corner of my home state ,West Bengal, folk climes have its presence felt. Hence my utmost sincerity is to house those dew and dust strewn jewels into my compositions.

Be the first to review “Radha-Kishan” Cancel reply