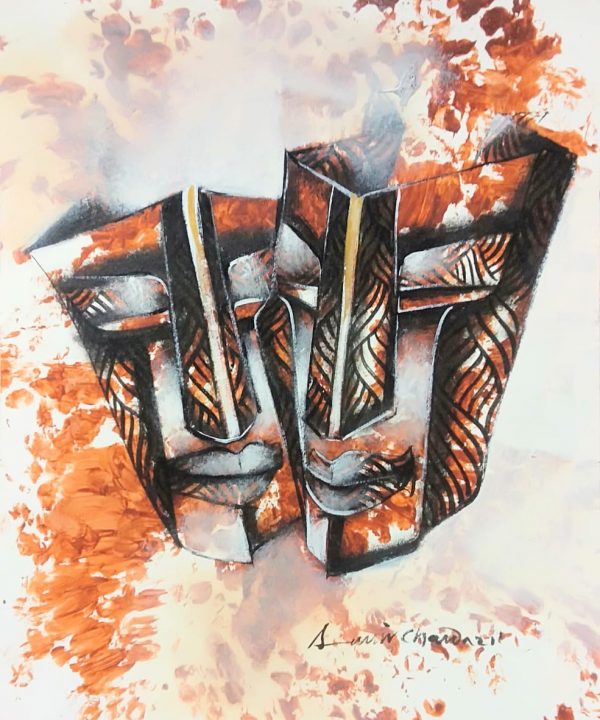 I am Samir Chandra, a professional artist. I do all kinds of work-related to painting. Painting is my main job. I was born in 1980 in Tollygunge, Kolkata. I have been addicted to drawing and painting since childhood. I am still immersed in the world of painting. In a word, drawing, painting is my passion and I can’t spend a moment without painting. In a word, painting is my food for survival. From a young age, my drawing background and base were floors and walls. On the floor and on the wall, I used to scribble with chalk and color pencils, So my parents admitted me to another art school and from there my art life started. After passing secondary education, I got a chance at a renowned college in Kolkata Government Art College and from there I passed the BVA and MVA one by one. I passed MVA from there in 2007 and during my student time in college, I earned special certificates of merit and awards. After college life began to enter the world of painting alone. At that time there were a lot of exhibition workshops and freelance work going on. Then I joined Emami Company in Kolkata as a graphic designer. I worked there for many years and gradually my acquaintance started and I became an artist in the art world. Along with my working life, from then on I started special attention to my own painting. One of the most valuable awards and exhibitions I received at the time was Mukulda Shepherd. This is how I got involved in painting in the present life. Currently I am deeply involved in painting and painting is my life.  I have participated in many exhibitions, solo shows, and many more as follows.

Mukul Dey  Award from Govt. college of art & craft in the year 2002

Be the first to review “Lovely Face – 2” Cancel reply

Sellers must either provide a return address within India, provide a prepaid return label, or offer a full refund without requesting the item be returned. If a seller does not offer these methods to return your items, you may file an A-to-z Guarantee claim to seek help with your return.